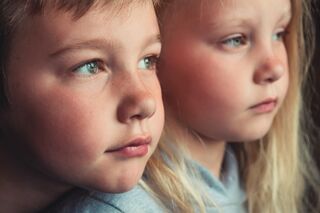 Most parents prod their children to succeed in some way — athletically, academically, or artistically. Without meaning to, however, you may be putting your child into a pressure-cooker.

Some parents push lightly, many more forcefully, but almost always in the name of wanting the best for their children. Parents unintentionally go off-course and pressure in the wrong places, in the wrong way, and at the wrong times. If not guilty yourself, think about parents spewing direction from the sidelines or telling a child that it’s super important to hand in a perfect paper, get a good grade on a “big” test, or perform flawlessly. Parental pressure often gets tangled up in their own dreams.

Journalist Keith Gessen, a rabid ice hockey enthusiast and dad, desperately wanted his young son, Raffi, to follow his athletic lead. He began coaxing Raffi to kick a ball and skate from age two. Throughout Gessen’s entire life, from boyhood to grad school and long after, hockey, he says, was his “refuge and a solace.”

Gessen judged Raffi’s early exuberance and “desire to crash into things” as “the behavior of a person who wanted to learn how to play sports.” There were signs from ages two to six that Raffi might be interested in soccer, inline skating, or ice hockey, but they were fleeting glimmers.

This hockey-fanatic dad came to the realization that cheering his son on at the hockey rink may never happen. He wisely notes that “Children are their own people, yes, but they are also so much at our mercy — at the mercy of our moods, our insecurities, even our dreams.” And those dreams for our children can easily slip into parental pressure that defeats its intended outcome.

My own son was turned off by his father’s pressure to love the game of tennis and retired his racquet at age 15. He said “no” to his dad’s intensity and dream for him. Sadly, he was good and might have actually enjoyed the game if he hadn’t been strongly urged to take lessons, practice, and join the high school tennis team.

Parental pressure can have serious consequences that go far beyond abandoning an activity or receiving a poor test grade. In their book, The Unlikely Art of Parental Pressure: A Positive Approach to Pushing Your Child to Be Their Best Self, psychologists Chris Thurber and Hendrie Weisinger write: “Around the world, loving parents have unintentionally made their children miserable by describing opportunities as scarce, competition as fierce, and perfection as vital … The result is a cohort of young people who are anxious, depressed, and unmotivated—precisely the opposite of what parents intend.”

Many children love or excel at what they focus their time and energy on, yet more and more high school and college students seek counseling help and an increasing number contemplate or commit suicide. Those facts should be enough to make any parent want to tamp down their well-meaning but detrimental pressure that in a parent’s mind is “helpful.” You can push a child, but there are positive steps to avoid all manner of pushback and prolonged negative fallout.

The fine art of supporting your children

Children don’t need a shelf full of sports trophies or to attend an elite college to succeed in life. There is an art to supporting children; that means converting parental pressure into parental support.

You may not be the obnoxious sports parent on the sidelines or the parent who demands academic excellence. Nonetheless, most of us have tripped up in the pressure department. Weisinger and Thurber provide hundreds of examples to help parents be supportive at the same time they prod their children to be their best selves.

Here are a few of their pointers when a child has to perform under pressure of any sort. They will keep you from derailing from your goal to be supportive:

Have you asked your child what she wants for herself? It’s probably not the ice hockey player that Gessen hoped for, the tennis lover my husband dreamed of, or the world-class pianist or scientist you may have wanted to be yourself.

“Just be certain that you customize your expectations for your child to their interests, abilities, and personality, not yours,” advises Thurber and Weisinger. “[Supportive parents] also have high expectations, but they want their children to do their best, not the best.”